Eagle & Phenix has been a part of Columbus since early in our city history.

Cotton milling operations began on this site when William H. Young established the Eagle Mills. In 1860 when Mr. Young absorbed the nearby Howard Factory, Eagle Mills became the second largest mill in Georgia. The Eagle Mills produced material for Confederate uniforms and other critical goods during the Civil War at the site of our present Mill #1. Because of slow communication a land battle was still being fought in our area after the peace treaty had been signed by Lee and Grant to end the war. Federal forces over-whelmed the defenders of Columbus, crossed the river and burned the Eagle Mills buildings.

The present Mill #1 was rebuilt in 1869 and renamed the Eagle & Phenix Mills to symbolize rising from the ashes. Mill #2 followed in 1872 and portions of Mill #1 in 1885. The other historic buildings remaining on the site are the Boiler House (circa 1878), the Administration Building (circa 1878) and the Machine Shop (circa 1886).

During this period of expansion, the Eagle & Phenix quadrupled its size becoming the largest mill in the south by 1878. The mill was distinctive because it produced over 100 varieties of cotton and woolen goods. Eagle & Phenix was known for its technological sophistication and the services it provided its workers. One of these services was the Eagle & Phenix Bank.

Unfortunately, this period of rapid expansion was followed by economic hard times brought about by changes in the market. The mill went into receivership and was purchased by G. Gunby Jordan in 1896. One of Mr. Jordan’s investors was W. C. Bradley. G. Gunby Jordan owned the mill from 1896 to 1915 while W. C. Bradley served on the board. From various correspondences, it seems that Mr. Jordan suggested that Mr. Bradley accept the presidency of the mill. W. C. Bradley did accept the presidency and ultimately owned the Eagle & Phenix Mill from 1915 until 1947. 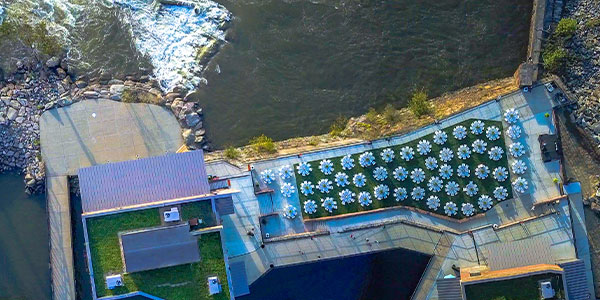 Our preferred caterer list offers a variety of delicious cuisine for you to choose from. 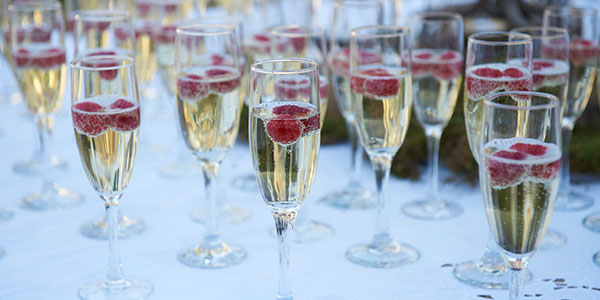 PowerHouse has partnered with Outdoor Events to help you plan everything for your event.

From 1947 until 2003 several different companies including Reeves Brothers, Inc., Fieldcrest and Pillowtex owned the mill property. All of the structures have been modified to some extent during their 150 year history.

In December of 2003 the mill property was repurchased by W. C. Bradley Co. As present owners, W.C. Bradley Co. is restoring the mills to as near their early 1900 condition as practical.

The dam and millrace located to the west of the mill site provided direct waterpower using water wheels and turbines until the early 1900’s. The two power house buildings located out on the dam abutments were constructed as the mills were converted from direct waterpower to electric power. We have been told one of the generators in the upper power house comes from Chicago World’s Fair and a turbine in the lower power house was salvaged when the Harper’s Ferry, West Virginia power houses were dismantled.

As you can see the Eagle & Phenix has been a vibrant part of the history of Columbus. With the end of the textile industry in the southern United States, this beautiful property has now been re-developed as a mixed-use residential and commercial community that is once again the pride of Columbus, GA.